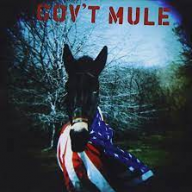 Maybe right after ice-out?: I'd surely have a leader in ND. I think I know where this was shot: 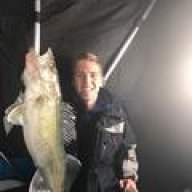 One of my favorite ways to catch walleyes, or any fish for that matter. It works great on the river, canadian shield lakes in the spring, and trout in CO!

Hell yes it does! This is simple, direct to fish without a lot of jangly bullshit. The strike and battle are pure. I posted the vid before watching and see they had to prudently use wire. The only place I'll skip wire is in the 'race which I now think is retarded. As posted on FBO I once saw a pike with an 8in wide head explode through a school of fingerlings like a blue whale through sardines; off the blocks on a warm November afternoon. I then tied on a 7in jointed Rap equipped with wire and immediately caught an 8lb rainbow (weighed) which was spilling eggs. I grossed the boy out by eating one. She was released and sadly the photo is now lost.

I can't stress this enough: DO NOT lift the plug out of the water until the back is out of the water and you're damn sure something isn't following just out of syight. This is TRUE for ALL species of gamefish from the shore and requires a slow "sweep" to either comfortable side. Mine is left. I've had walleye beach themselves below the Darling Dam in low light after "Old Reliable". My hypothesis: The predator is not "sure" of the prey then "believes" the prey is "relaxed" in depth not possible for predator mobility. IDK: This is my confidence and visualization. 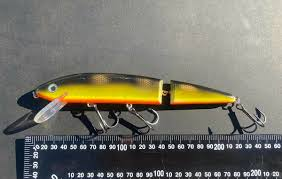 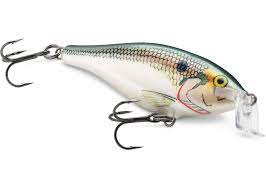 Also; I'm lamenting not fishing in the above vid's weather conditions even if I'm afield with a gun.