"Leaked" is dubious and pisses me off. Still kick ass:

It's not all perfect. I know a Marine with his buddy's names tattooed on his calf killed in their LAV by an A-10 during Desert Storm. It's a shit story as is the fog of war. 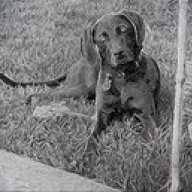 A-10 Warthogs are SAVIORS on the battlefield and one badass tank killer! I'm unsure how going forward they will be utilized, or how important they will be, since much of the future altercations will occur in cyber warfare or through missiles and longer range type of weaponry.

I see we're back to sideburns:

^^^^All the APU talk reminded me of a story. When I was stationed at Myrtle Beach I was called to support the FD for another "routine" in-flight emergency. Nature of emergency; engine failure--OK A-10's have two...F-16, one soul on board, aircraft is on APU. Holy shit. I was an E-3 at the time and had no clue of WTF is an APU yet knew the number of engines available to an F-16 driver.

Evel Knievel had his moment in '75 at King's Island. This jock must have been a fan: I sat in a pack of emergency vehicles with superfluous flashing lights for about five minutes then witnessed something which is currently giving me chills: Three F-16's came into view over the ocean at 2500ft(?). They maintained this altitude over HWY 17 until the very east end of the runway. Suddenly the middle "lawn dart" dipped it's nose straight down and leveled at 500ft(?). The jet smacked the runway, bounced once then rolled about 25yds.

Myrtle Beach used to be popular with "touch and go's" on weekends with all services. I used to go out in the mornings and try to get bbl rolls when I was posted as LE or security response team. I got two rolls from F-4's and one vertical landing from a Harrier in six years. I don't count SJ 676 as he was the last F4 from Seymour Johnson. He was going to do it anyways. This guy kept it about 100yds off the ground and spiraled like a lunar rocket over 17.

I used to talk to pilots all the time on the transient alert ramp at MB which became more rare at Moody, Ga and non-existent at Minot. In 11 years I saw exactly one F-15 not attached to a airshow. It never occurred to me to meet the survivor of the lawn dart. It's a regret. 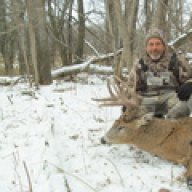 There is no easy answer to this topic.
10_15 years ago, I hunted ND for coyotes ALOT.

have a list of many large landowners names.
It's was comforting knowing I could be driving down a road, see a coyote, poke the pipe out the window n kill it.
Now, with the new laws, I did not even hunt ND last year and most likely won't again.

I'm sure the small town bars/restaurants/ gas stations/motels don't care.
ND screwed the pooch on this one!